Apple released software update iOS 6.0.1 for iOS devices yesterday to fix keyboard screen glitch, camera flash and some other issues.  iPhone 5 users might be required to do software update through iTunes on computer.  iOS 6.0.1 update was in testing with Apple’s carrier partners since a month to make sure that it is working as well.  Some customers also have experienced disabled Wi-Fi connectivity.  Here is the list that you can see what updates contains improvements and bug fixes. 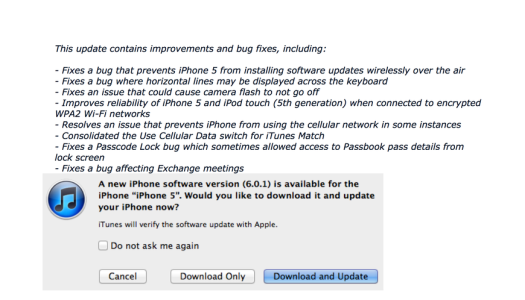